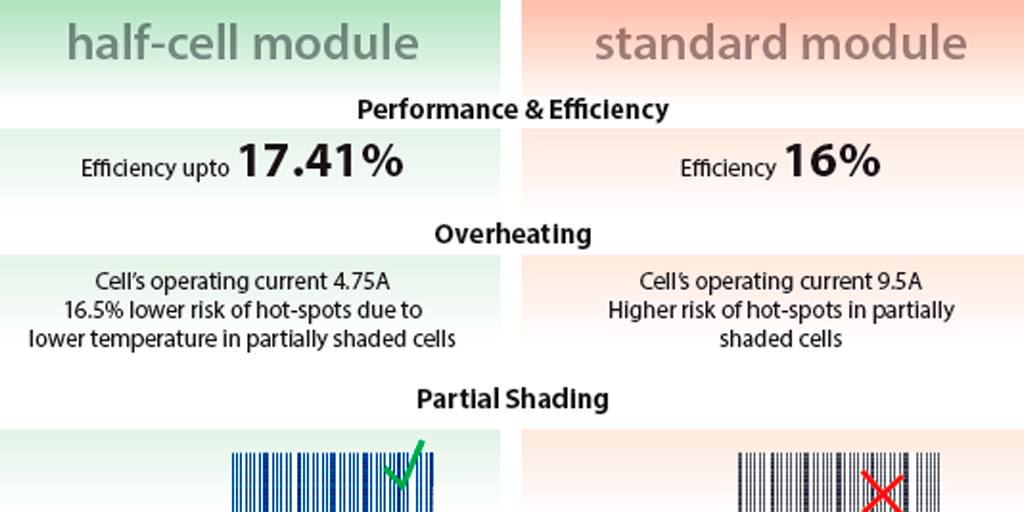 Twice smaller cells not only reduce losses due to the fact that they generate smaller currents. Smaller cell also means twice less damage from micro-cracks in the cell and stains on the glass for the whole module. So, half cell modules are twice less vulnerable to point mechanical damage and dirt compared to standart module.

You can find more information about half cell modules in the datasheet: AB-60PHC 285-295W Half Cell polycrystalline PV modules8.7 MiB1229